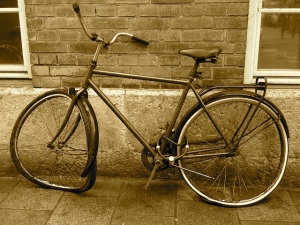 Images of Chris Froome and Bradley Wiggins flash through my mind as I race through the Northumberland countryside as the leader of an imaginary tour de France.

And in that absurd fantasy lies the first example of the classic perception vs reality gap. I’m only fooling myself.

But very often perception is reality and sometimes in our business it can be even more important than than that.

If a group of people think a service is bad, even if it’s not, does that make it as good as being bad? Reputation sometimes has little to do with realty which is why it’s so important to keep a close eye on what people are saying about your organisation or brand.

I recently went to my first conference with the Association for Healthcare Communications & Marketing (AHCM) and really enjoyed the presentations which were tightly focused on the NHS.

One that really caught my eye was Anna Quigley from Ipsos MORI who gave a fascinating insight into some of their research about public perceptions of the NHS.

One of the most interesting things for me was that the research shows people will often hold two opposing views on the same subject. Very often they are simply, factually wrong about the issue in question.

For example, what percentage of teenage girls do you think become mums each year?

Does 16% sound about right?

Well if you guessed that you were in good company, that’s what the majority of Brits believed. The actual figure was 3%.

The perception was miles away from the reality on so many big issues and the really interesting thing was that this is the same right across the world.

You can see the full research and some cracking infographics here.

Some of the more specific NHS findings were also very interesting:

1. Money, Money, money. The Economy has been the real issue for people since 2008. However since September 2014 the NHS has started to become much more of a priority for people.

2. Happy Days. The data shows that when asked people have never been happier with the NHS. Overall ratings are incredibly high and confidence in safety is at its highest ever level, despite high profile issues like mid-staffs. The NHS has the 2nd highest approval ratings of any health service in the world.

4. Round here. People are far more positve about their local NHS rather than the NHS nationally.