The Holy Island of Lindisfarne, just off the North East coast is beautiful.

It has been the setting for movies, TV shows and is a major religious destination for thousands of tourists heading to Northumberland every summer.

It has also been causing the council a huge headache for some time. END_OF_DOCUMENT_TOKEN_TO_BE_REPLACED

Depending on what you were doing last Sunday you may have noticed two hours of prime time national TV devoted to Northumberland.

Not an advert that we’ve funded I should point out, but the second series of ITVs acclaimed detective drama Vera.

While Brenda Blethin’s geordie accent may have caused a bit of debate, the show has given our area a huge boost providing national and international exposure to that all important tourist pound.

The show has proved a huge stage for us to sell Northumberland as a place, with the production largely filmed in the county as well as other parts of the North East.

END_OF_DOCUMENT_TOKEN_TO_BE_REPLACED

Continuing with the Likely Lads theme from my earlier pos 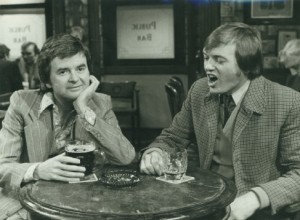 t one of the most famous episodes is a great example of how much technology has changed our lives in a single generation.

No hiding place was filmed roundabout  the year I was born (1976) and the lads set out to avoid finding out the score of an England game, so they can watch the TV highlights later that night.

Part of the joke is that this should be a relatively easy task to achieve because England are playing in far away Bulgaria and in the 1970s they didn’t have Sky Sports, iPhones or rolling news.

END_OF_DOCUMENT_TOKEN_TO_BE_REPLACED

This is repost of a piece

I did for the fantastic comms2point0 (@comms2point0) blog that I hope some of the public sector readers will be interested in. It’s worth saying again that anyone working in public sector PR needs to be reading that blog every day because it will help, inspire and let you steal perfectly good ideas.

Council magazines may seem like a strange topic for discussion given the amount of time and effort we now spend on social media (see my previous post) but I just wonder if we’re now discarding a tool that’s still got so much to offer in the internet age.

Whatever the format, people still love reading stories that build a narrative about where they live and what interests them.

Given that local authority mags now seem to be the communications equivalent of the bowler hat I’d like to reassess what they can provide, particularly in tandem with social networks. END_OF_DOCUMENT_TOKEN_TO_BE_REPLACED

A moving and inspiring guest blog today that deals with some difficult issues around children with disabilities.

Vici Richardson (@vicilou) is a long time friend of ours and has written this blog on the pressures of being a mum and learning about disability. She’s working extremely hard to raise awareness of the condition and explain how others can get involved. Here she describes how her son was first diagnosed with Duchenne:

Its funny isn’t it most people take the healthy bouncing baby scenario for granted. When asked do you mind if its ‘pink or blue’ the common answer is ‘ I don’t mind as long as it’s healthy’.

‘As long as it’s healthy.’ It was a common thing said to me throughout both my pregnancies but more so my second. Truth be known second pregnancy I was dying for a girl, desperate for all things pink and frilly and girly shopping trips.

END_OF_DOCUMENT_TOKEN_TO_BE_REPLACED

A bit off topic this but I woke up this morning feeling pretty bad for those Man City fans.

The darlings of the league for the first part of the season, blasting six past arch rivals Man City at Old Trafford and running up a five point lead in the league at one point. Only, for it all to (seemingly) blow up yesterday at Arsenal. This really brings back some bad memories for me when our own title dreams were shattered in spectacular style.

There’s no worse feeling than blowing a league title after having a big lead, we did it in 1996 after being 12 points clear just in time for me to head off to university in the midlands. END_OF_DOCUMENT_TOKEN_TO_BE_REPLACED

Another repost for you today, this time something I wrote for a tourism blog by Park resorts.

This was all about trying to find an angle that would help interact with people away from our usual core audience.

END_OF_DOCUMENT_TOKEN_TO_BE_REPLACED

I’ve just been lazily watching the likely lads in between Sunday dinner and wall to wall live football (a hard life I know).

It includes one of my favourite TV quotes, when a forlorn Bob goes to visit Terry on Tynemouth Pier:

That got me thinking how much has changed since then and not just in the Tyneside landscape.

Thanks mainly to social media it’s all about sharing now, so to help honour that here are some of my favourite blogs/websites: END_OF_DOCUMENT_TOKEN_TO_BE_REPLACED

This is a post I wrote that first appeared on the excellent comms2point0 blog . I wanted to repost it here just to get me started:

Northumberland is the most northern of English counties. It’s quietly created some of the most pioneering and widely adopted social media accounts in the country.

It’s been a while since I ran my own blog. About six years in fact, so I thought it was about time I started a new one. Although I’ve posted on other blogs fairly regularly I haven’t had my own since I took a year out to go travelling in 2006 and used a blogger account to keep up to date with friends and family.

A lot has changed since then but I think the time felt right to go back to blogs after lots of personal and professional work with social media.

Turns out the hardest thing about starting a wordpress blog is thinking of a snappy name – it must be a bit like starting a new town centre hairdressers when all the best puns like Hair Flicks, Headlines and curl up and die (all genuine NE outlets) have already been used.

So, with a total lack of originality I’ve gone with a Mad Men quote. Partly, because I sit in my own ‘period piece’, Don Draper-style office that hasn’t been redecorated since the late 1960s and partly because it’s just a damn fine show.

The line comes from copywriter Fred Rumson as he breakfasts on a vodka and orange before another day at the era-defining Sterling Cooper:

Vodka is poured into a high ball glass full of orange juice.

Fred sticks his letter opener in his glass of “orange juice”like a swizzle stick.

Salvatore: Should we wait for you to have your breakfast?

Fred: A day without orange juice is a helluva long day. Freddy leans down and takes a sip from the full glass, his arms extended at his sides. Fred: Look Ma, no hands.

So that seemed as good a name as any and adaywithoutoj.com was born.